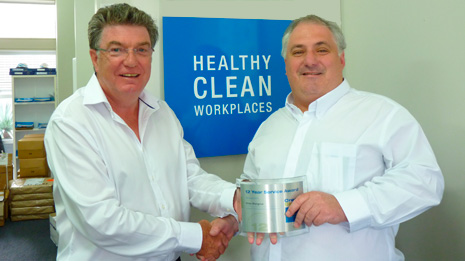 From the largest corporate clients and industrial sites through to schools and assorted businesses, Dries’ team is well respected in the competitive Auckland marketplace.

Dries is one of New Zealand’s most experienced cleaning industry executives, and he’s always willing to share his knowledge to help Crest’s other Regional Managers.

Dries has played a large role in the successful growth of Crest from a small regional operator to an internationally recognised brand that has a great future ahead. He assisted with the creation and development of the other Auckland regions, and plays a governing role within Crest.

Dries believes that the modern business environment poses many challenges. Picking the right people is the first key – matching them with the right customers is also vital.

“Crest Auckland has been very successful, and I really enjoy the challenges the business brings. It’s great getting good feedback from customers as to the good job our personnel are doing. I’m really satisfied when I hear positive praise from customers,” says Dries.