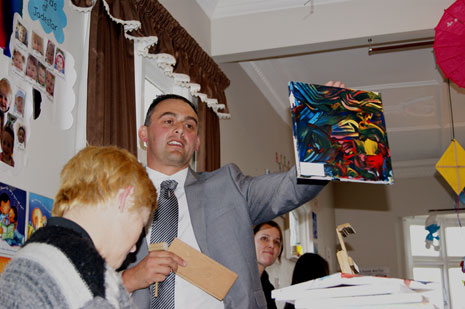 It’s no surprise to see Dunedin Regional Manager, Tony Kramers getting involved in local charity events- this time he was a fast-talking, gavel holding auctioneer at the charity fundraiser auction for Jade Star Early Learning Centre.

The auction was held to raise funds for new equipment and resources for the Centre. It was mainly artwork being auctioned off including canvas pieces from the children attending the centre, all aged five or under.

The highest selling item was created by a child under two years old and resulted in a bidding war between parents and the centre!

Tony says the night was a great success and it provided quality time for the parents to catch up with each other. “The evening started off with a BYO picnic and a good old fashioned get together. It was great to see all the kids running around playing and the parents talking and mingling, something they don’t normally get to do in today’s modern life – it’s all rush, rush, rush these days.

It’s great to be involved with the Centre as two of my own children have attended there. It’s a great place with a fantastic team. I relished in the opportunity to help out, as they were so great to our children and we wanted to help them secure funding for future children.”

He says it was great fun being the auctioneer for the night as he’s done it before for Turners Auctions and loves it. “I really love creating an atmosphere for all to enjoy and have fun,” he says, “It was great helping the Centre raise some much needed money.”

Being involved with local charity work allows Tony to meet a lot of people and spread the word on CrestClean. He says, “It’s great to meet new people and tell them about CrestClean and what we’re about. It’s great for advertising our brand within local communities, and it’s always a lot of fun.” 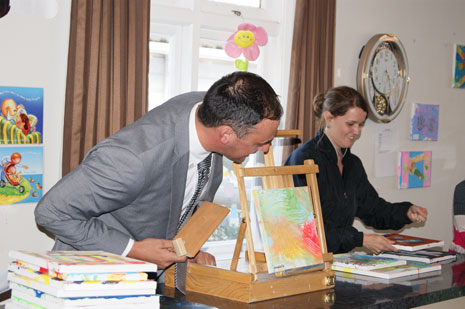