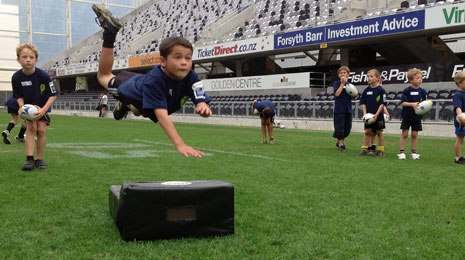 Over the last few months CrestClean has sent over 60 ‘rugby mad’ kids along to Leslie Rugby Coaching Clinics that were held in Dunedin and Queenstown, Auckland, Wellington and Nelson.

As well as sponsoring the whole series CrestClean has provided scholarships to the coaching clinics for deserving junior rugby players who would otherwise have not been able to attend. 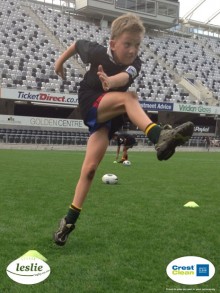 We think its great to encourage our kids to excel in sport, and so far the coaching clinics have attracted rave reviews from the kids and parents. The participating schools have also been very pleased to award the sponsorships to their keenest young rugby players.

LeslieRugby coaching clinics focus on teaching core rugby skills and techniques to junior rugby players. The goal of the coaching clinics is to learn new and improve existing skills; and to see how to correctly practice and skills and drills until they are mastered. Participants enjoy a fun and safe day of rugby action, and are each given a T-Shirt, a ball and a photo of themselves in action on the day.

The LeslieRugby coaching team comprises of ex-International and current professional rugby stars and premier club players from the district.

CrestClean is proud to be associated with the clinics and are extremely happy that the kids are enjoying themselves and learning new skills.

Here’s a note we received from Jordan Fernandez, who was a CrestClean Sponsored participant in the Queenstown clinic:

There are 13 events on the national programme, with more dates being announced soon in the North Island.

You can view the latest photos and stories from the 2013 clinics at Leslie Rugby’s facebook page here. 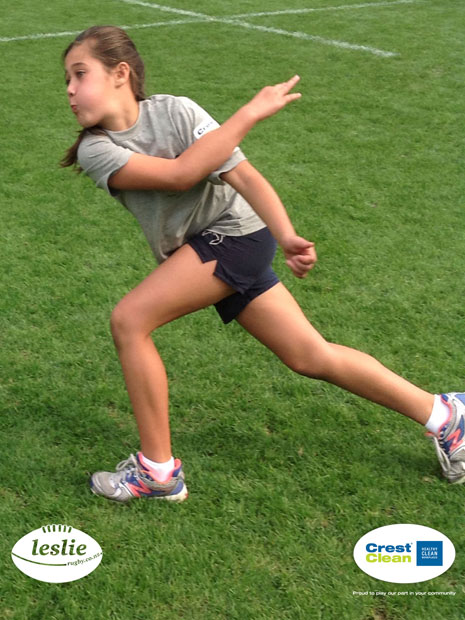 Maia Joseph puts everything she’s got into a massive pass